Journey to the other side

Posted by Dr. Rolande on April 10, 2008
Today's blog is dedicated to Katie, my youngest of our first batch of six volunteers accompanying me to Cameroon Jan/Feb 2008. Katie keeps nudging me to write. So here we are. Thank you for your unwavering stand Katie.

I am a public speaker and today I want to share some of the questions/comments I get from my audience and my answer. I am paraphrasing the question/comment. 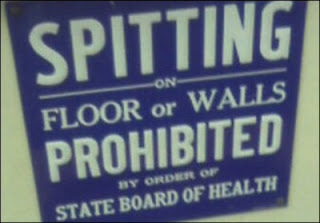 "I would not want to speak to an HIV positive person, you know," a public official in Westchester NY tells me. "They can spit when they speak and then it hits my eye ball and I get AIDS." The good news is, the AIDS virus is not easily transmitted via saliva. Imagine, kissing would be deadly. The virus really survives in blood, sperm fluid, breast milk, and spinal fluids. It is perfectly fine to speak to HIV positive people.

"Since you work in Africa, does that mean you are HIV positive?" I really did not understand this question. You can't get AIDS through Osmosis or by being in a country with high HIV prevalence. However, it made sense to my friend who explained to me that that person may have been interested in me as a date and did not know how to ask this politely. OK, I can see that. Just ask. When you date someone just ask: do you know your HIV status? When did you take your last test? Remember the test shows anything minus the previous 3 month. Thus if you engaged in unprotected sex and are not sure getting tested will not show if this risky behavior infected you. You have to repeat the test one more time three month later. And, that is especially true for women ask for a copy of the test result - yes, in writing - and still use a condom.

That gets us to the next question: Is AIDS still spread predominantly through gay sex? No, and it never was. In the US male to male gay sex was the initial known spread of AIDS. Woman to woman gay was never a contributing factor and has been overlooked since the beginning. Women on woman sex is the safest sex there is to this day. After that it depends on which continent you are looking at. It is known that Russia and it's former Soviet Union countries are plagued by shared needles of drug users. In Asia, besides the notorious tourism prostitution industry, recreational blood transfusion plays a big part. If that confuses you get hold of a copy of the movie "the 3 needles". In Asia scrupulous money bags go to the country side and have villagers donate blood for a few pennies. They then take it to the cities where it is sold unchecked to wealthy people who get the blood for no good reason other than that they believe it is good for them. Prostitution and hetero sexual intercourse is the main mode of infection in Africa. There are also practises of ritual cutting, unclean needle use or repeated needle use without sterilisation in hospitals, polygamy amongst Christians and Moslem's alike in different parts of Africa, and of course mother-child-transmission at birth.

A concerned Rotarian (a member of the Rotary Club a well known international non-profit organization) asked me if there is any change noticeable in Africa and if it is getting any better? Remember Africa is a continent of 490 million people (the US just hit the 300 million) thus the answer is different depending one the country and location. In Cameroon where I work and spent about 1/3 of the year what is most noticeable is that funeral homes are closing - not enough business. Thus the overall death rate is slowing a little. In some countries like Uganda it seems to slow down because the death rate supersedes the infection rate because too many have died already. To this day Malaria is the number one killer in Sub-Saharan Africa. Lack of clean water and lack of medicine for any sickness are killing people in large numbers in addition to HIV/AIDS.

More soon.
With heaps of love and peace
Rolande