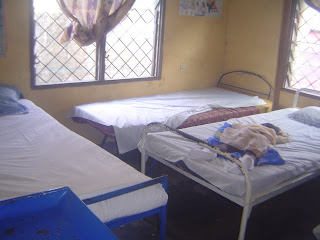 This is a list of COMMON DISCREPANCIES concerning the public’s view of AIDS, mainly based upon Emily Oster’s “Three Things You Don’t Know About AIDS in Africa”, which can be found watching her video appearance at an TED event.

AIDSfreeAFRICA agrees with her points of view. Here are the common misconceptions she points out:


1. It’s the wrong disease to attack- Emily Oster correctly pointed out that STIs (sexually transmitted infections) other than HIV have higher infection rates in Africa and are more likely to be left untreated. Also, people with untreated STIs are more likely to become infected with HIV/AIDS due to a lack of essential drugs. Africa, as a continent, needs more antibiotics, antifungals, painkillers, and antimalarials yet these drugs are unavailable for the general population. AIDSfreeAFRICA’s original mission was to produce antiretrovirals but as a result of the overwhelming statistics of untreated STIs, has shifted locale drug production plans to focus on generic essential drugs to make the drugs more accessible. The World Health Organization’s (WHO) list of HIV prevention strategies should incorporate condom usages, male circumcision, distribution of clean needles, and so forth.
2. It will not disappear until poverty does- Emily Oster states that in a poverty- stricken country, with low life expectancy, an infection that will make you sick in seven to ten years is not as impactful as being hungry. This push affects a person’s judgment, at times influencing a person to choose to engage in risky behavior in exchange for food. Also, it forces someone to opt to pay for food instead of to pay for antiretrovirals or a hospital bill.
3. There is less of it than we through but it is spreading as fast as ever- Ms. Oster stated, “The reason is quite simple: bias in who is tested. The UN's estimates are not based on diagnoses of whole populations or even a random sample. They are based on tests of pregnant women at prenatal clinics. And in Africa, sexually active women of childbearing age have the highest rates of HIV infection.” However, what Oster does not seem to know is that United Nations and others have also seen this bias and it has been corrected.
4. Donors expect their donations to be supporting the intended audience though the expected result of a monetary contribution does not always coincide with the realized result. It is AIDSfreeAFRICA’s opinion and experience to take the position that “old- fashioned charity” does not work because what is needed is economic development. Prof. Jeffrey Sachs has been on the forefront of this change in mentality and our organization wholeheartedly agrees.
4. More people die of preventable and treatable diseases (STIs, malaria, and tuberculosis) than of HIV/AIDS.
5. AIDS affects and infects the young African female population more than men (in Cameroon, 2/3 of the infected HIV/AIDS individuals are female) and Stephen Lewis clearly states, “The face of HIV/AIDS is female.”