"Imagine Beging In A Life You Love" 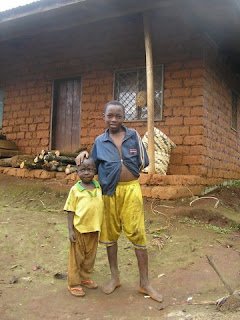 We live into the future we create. Failing to create a future results in the appearance of a default future. The default future amazingly looks like our past. Ever wondered why the same things happen to you over and over? The same crummy bosses, the same type of intimate relationship of which the end is almost predictable?
My most profound teacher in life was a series of seminars that I took at Landmark Education in New York City. There I created not only the vision of AIDSfreeAFRICA but also who I have to be to lead this organization. No, I did not become perfect, but I am who I say I am. And I love it.

To keep me living in that possibility that became my most exciting and rewarding job I have my business coach Donna Zucchi, president of DMZ Consultants. Every athlete has a trainer/coach. Why not everyone else? It works for me.

In May I was invited by my friend and former Landmark Education seminar leader Toni Smith president of VSA Consulting Group, LLC. to a book signing in New York City. I called all my NYC friends and donors to meet me there for a quick reunion before I was leaving for my sixth trip to Cameroon. It was a delightful warm pre-summer evening. Too busy I did not realize that the book signing was about "Imagine Beging in a life you love" co-written by Jaqui Janes-Lowry and Kristin Andress. Toni's company VSA had donated enough books for everyone that crowded the penthouse terrace listening life to the authors fascinating story. Later that night some of us finally gathered around the authors for a lively introduction and sharing of personal stories. What a fascinating crowed of mostly women had been attracted to this event.

It is deeply satisfying to go to Africa knowing that there are so many of us who not only have big visions but also pursue them vigorously, unstoppable and with much love.