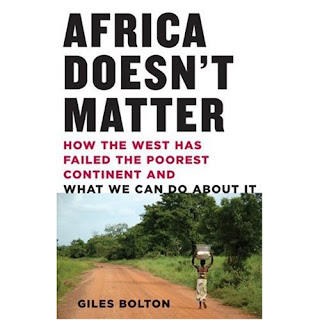 Dr. Rolande Hodel has advanced to the semi-finalist of the Buckminster Fuller Architect Design contest for designing AIDSfreeAFRICA. The finalist will be announced in April and celebrated in May in Chicago.
[AIDSfreeAFRICA did advance to the finalist but did not win the price of $100,000]
About the Buckminster Fuller Challenge: After decades of tracking world resources, innovations in science and technology, and human needs, Buckminster Fuller asserted that options exist to successfully surmount the crises of unprecedented scope and complexity facing all humanity – he issued an urgent call for a design science revolution to make the world work for all.

Of course Mr. Buckminster Fuller is known amongst Chemists for the "Bucky Ball", a hollow cage made of 60 carbon atoms that ushered in a new area of carbon nanomaterials, such as nano tubes and nano rods. But Mr. Fuller was an architect and world thinker.

Here is one connection between Architects and Chemists. Buckminster predicted the the geodesic domes the Bucky Ball resembles, Chemists synthesized this new carbon material.

AIDSfreeAFRICA is primarily concerned with building a pharmaceutical infrastructure and capabilities to African countries to produce drugs locally, thus gaining freedom from the constrains dependency on drug import poses. An architectural piece of art, AIDSfreeAFRICA was designed to be effective and successful.
The design principles are the following:

1. Ownership of local drug manufacturing facilities are in the hands of Africans. AIDSfreeAFRICA provides advice, capital, know-how, technology and logistics amongst others. Ownership and decision making lies in the hands of the local professionals. One reason is hat the last 50 years of "charity" has brought foreign missionaries that build orphanages and hospitals run by them. Usually when these people eventually moved back home the infrastructure they created fell in disarray because no one was there who claimed ownership.

2. Economic development is not provided with donations and charitable giving. We need to rethink the traditional definition of "Charity", the act of giving money, goods or time to the unfortunate, ... particularly widows and orphans, and the sick and disabled, are generally regarded as the proper objects of charitable giving ... The name stems from the most obvious expression of the virtue of charity is giving the objects of it the means they need to survive. Most forms of charity are concerned with providing food, water, clothing, and shelter, and tending the ill, but other actions may be performed as charity: visiting the imprisoned or the home bound, dowries for poor women, ransoming captives, educating orphans.

The USA was investing 3.8% of its gross domestic product to finance the Marshall Plan that rebuild Germany after the second World War. Today the level of foreign aid to Africa does not live up to the 0.7% the United Nations is requesting to fulfill on the Millennium Development Goals that want amongst other things half poverty by 2015.

3. "Access to drugs ought to be a Human Right" says AIDSfreeAFRICA founder and president Dr. Hodel. The United Nations Universal Declaration of Human Rights does not mention "access to drugs" but the right to a standard of living adequate for the health and well-being (Article 25). 8500 people die every day due to lack of drugs. These are generic essential drugs we do know how to produce. They are off patent and thus legally not restricted. They work and have been used. Research for new drugs is needed and wanted. But let's produce the drugs needed immediately and not wait another 20 years to invite a new drug for an old problem that we know how to fix TODAY. Drug production is not rocket science. Doing it in Africa takes some research into "How to do it under the restrains of infrastructure poor countries". AIDSfreeAFRICA learned how to do that.

4. Small vs large: In the US and Europe production is done more cost efficient when conducted on a large scale. Thus gigantic production facilities are the norm. The manufacturers rely on the existing transportation infrastructure to get their products distributed fast and efficient. People like Gates and Clinton will tell you that drug production in Africa is economically not viable. This is true if one considers going it the US way. But Africa has no functioning infrastructure what so ever. The most expensive part is transportation. Land line phones are not functioning and cell phones although growing in use and importance are still expensive. In Africa production units have to be small and local. For those scared that the products will not find a buyer, in my experience, the Catholic Hospital Missions in Cameroon have already bought 2 month worth of drug production not knowing if and when production will start at all. 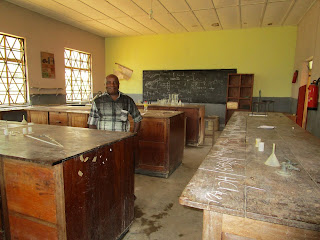